Touted as the largest Shiva temple in the world, Arulmigu Arunachaleswarar Temple is located in the town of Tiruvannamalai in Thiruvannamalai district.  The town itself is regarded as one of the most reverenced destinations in the southern state of Tamil Nadu. The word 'Annamalai' implies unaccessible mount and the word 'Thiru' were added to indicate its enormousness, and together it is called as Thiruvannaalai in the local language of Tamil. 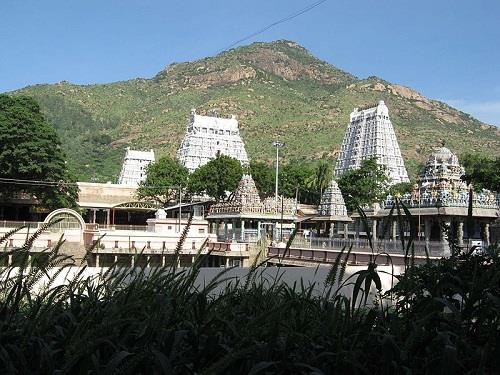 The Tiruvannamalai town is considered as one of the oldest heritage locations in the country and is an important hub of the Shaivism. The illustrious Annamalai hills and its surroundings have been mentioned in several classic Tamil Literary works by a lot of notable Tamil poets. Furthermore, Thiruvannamalai Arunachaleswarar Temple is one among the Pancha Bhoota Sthalams, representing the natural element of agni or fire.

The Thiruvannamalai Arunachaleswarar Temple is devotedly called as the Annamalaiyar Temple by the Tamil speaking population. One of the oldest religious sites in the region, the history of the Arunachaleshwarar Temple goes back to the 9th century BCE, as discovered from the letters inscribed on the walls, copper plates and other temple structures made by the kings of Chola dynasty. Another inscription expresses that prior to the 9th century BCE, the region was under the command of kings of Pallava dynasty. 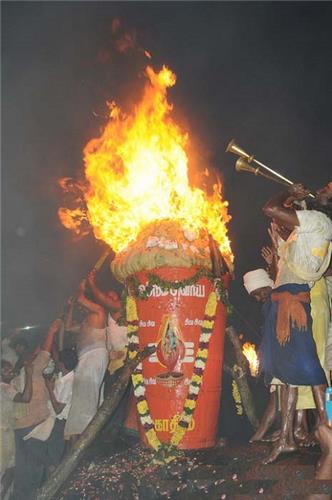 One among the Pancha Bhoota Sthalams, symbolizing the natural element of agni or fire. Lord Shiva in this temple is supposed to have demonstrated himself as a monumental tower of agni. The presiding deity in this temple, Arunachaleswar aka Annamalaiar is mentioned as 'Agni Lingam', that symbolizes responsibility, virtuousness, selflessness and lastly liberation by and through ascetical life (self denial) at the end of the Agni kalpa. 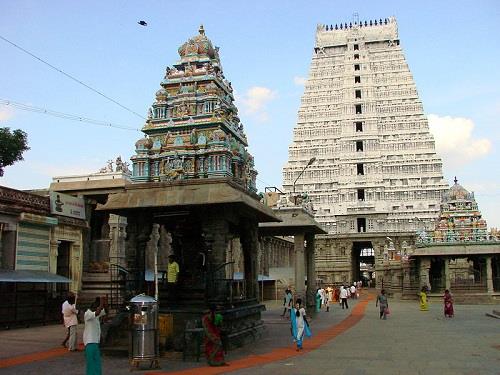 Aathara Stalams suggests the locations that are regarded to be personifications of the Tantric chakras linked with the human body. Thiruvannamalai Arunachaleswarar Temple is known as the Manipooraga stalam. The Manipooraga is the chakra for religious ignorance, lust, jealous, perfidiousness, ignominy, fearfulness, illusion, imbecility and unhappiness. It is widely believed that even thinking about Thiruvannamalai Arunachaleswarar will help in attaining mukti.

Legend has it that Goddess Parvati once shut the eyes of Lord Shiva in a playful manner in a garden at their holy abode atop Kailash. Though it was just for a moment, the whole world was deluged with complete darkness for years together. Following the consequence, Goddess Parvati together with other ardent devotees of Lord Shiva went on to perform a penance. Answer the prayers of the goddess, Lord Shiva came along as a column of agni at the summit of divine Annamalai hills, giving back the light to the universe. Lord Shiva then unified with the goddess and appeared as 'Ardhanarishvarar', the half male and half female appearance of Lord Shiva.

The Thiruvannamalai Arunachaleswarar Temple is located just below the holy Annamalai hills, spreading over 25 acres. The massive walls on the northern and southern side measure 480 m and 451 m while the eastern and wastern wall measure about 210 m. This holy abode of Lord Shiva feature five precincts in total, each of the precincts houses a monumental Nandhi - the gatekeeper of Lord Shiva and Goddess Parvati. 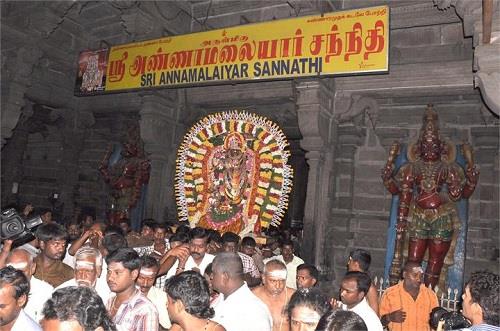 The temple has four most beautiful gopurams (towers) located on all sides. The eastern gopuram also popularly called as the Rajagopuram of the Thiruvannamalai Arunachaleswarar Temple is the tallest one. The understructure of the eastern tower is constructed of granite. The southern gopuram is known as Thirumanjangopuram, and the western gopuram is known as Pei gopuram. The other two gopurams are called as Kili gopuram and Vallala Maharaja gopuram.

In most of the temples, it is a common sight that devotees do Pradakshinam (circumambulation) around the sanctum sanctorum. Here, in this temple, the holy Annamalai hills itself is regarded as Lord Shiva. Besides, Lord Shiva devoted his half to Goddess Uma on the Krittika Nakshatra in the Tamil month of Karthigai. Thus, Girivalam is performed by devotees which are nothing but circumambulation of the holy hill. 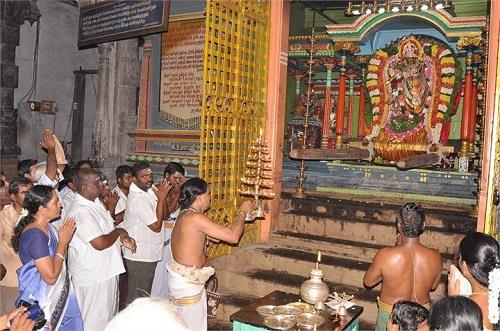 It is believed that distinguished enlightened souls were adopting this as a prathanai on Pradosha and on the first day of every Tamil month. It is auspicious to perform Girivalam during full moon days. The circumambulation path around the Annamalai hill is about 14 km. The holy path is well lit with sodium lights donated by popular actor Shri. Rajnikanth.